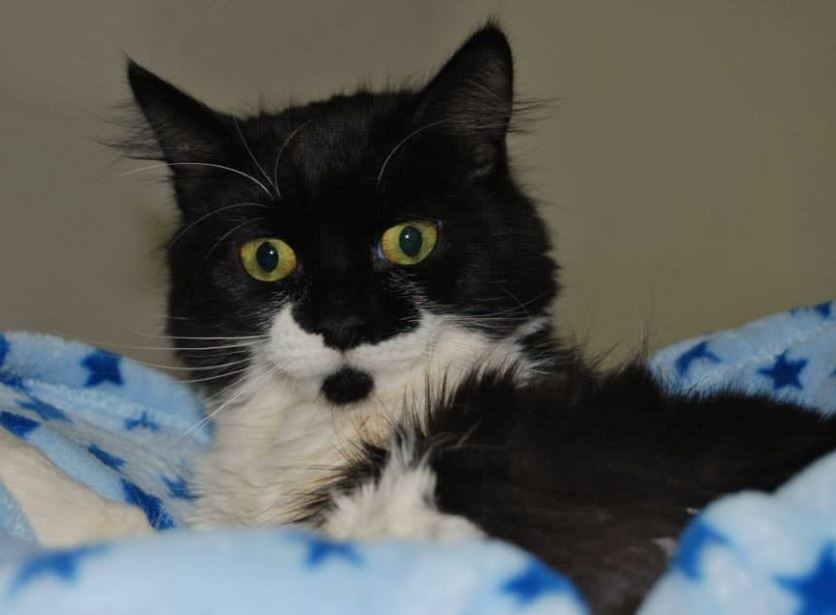 Hope was living on her own, covered in fleas, wet, cold, frightened and seriously injured when she was rescued shortly before Christmas. She was paralyzed and on a drip for the first few days, but then took a turn for the better. Now in foster care, Hope has regained much of the use of her legs and is doing well.

The RSPCA’s Millbrook Animal Centre – Chobham, Surrey, UK is caring for Hope and told her story at Facebook at the beginning of January, after she was rescued and as she began to heal.  Since then, she has gotten stronger, is using her litterbox properly, and has regained much of the use of her bad leg. Her caregivers are optimistic that the healing will continue but say that even if the healing process stalls and she needs an amputation, Hope will be a healthy and well-abled cat.

Hope’s recent progress can be seen in the video below, from January 23.

When she is ready for rehoming, Hope will have to go to a home without dogs as a result of her traumatic experience with them on the night when she was found.

“Hi – I‘m Hope and I’m going to tell you the story of how I got my name! It all started one dark and stormy night – I had been living by myself for a long time and nobody had taken care of me – I was very hungry and my fur was all matted and I was covered in fleas. I was very unhappy and scared in the storm and I don’t really know what happened next, I can’t remember much, but I think I got hit on the head by something, maybe a car. I was very confused and I didn’t feel very well at all – the rain was beating down and I was drenched to the bone, so I went to find shelter under a bush. Unfortunately, things got even worse the next morning, as I still wasn’t feeling very well, and a pair of dogs found me – they thought I was a toy and tossed me around and around and after that I can’t remember much.

“My friends at the RSPCA told me that a lady found me in her garden and put me in a cardboard box – she took me to the RSPCA as she thought I was dead and didn’t know what else to do. The ladies in reception opened the box up – they were very surprised to see that I was still alive –just. They warmed me up and tried to see what had happened to me. I was soaking wet and filthy but they gently dried me and told me everything was going to be ok. I surprised everyone again when I started to purr very loudly – I am not sure why but I was happy to be safe. I was rushed to the vets where the lovely and kind nurses and vet put me on a drip did everything they could for me. They were all so kind but I was in a lot of pain and I couldn’t move any of my body – it quickly became clear I was paralysed.

“For days nothing changed, then on Christmas eve, just as everyone was starting to get really worried about me, the feeling started coming back in one of my legs and I was slowly getting better.

“I still didn’t have an easy time after that – my Christmas day was totally rubbish as abscesses appeared on my back legs and then burst. Afterwards they were a lot less painful though and soon I was moving around my pen wanting to eat and finally I managed to do a wee – this might not sound much to you but to me it meant I had a real chance of getting better! One of my legs is still not wanting to move properly but things are finally starting to look up for me – I am hoping to find a forever home soon – apparently I will be spoilt rotten so I am looking forward to that!

“And finally – how I got my name! I was called ‘Hope’ by the staff at Millbrook, who always had nothing but hope for me.”

Liz Wood, Deputy Animal Centre Manager at Millbrook, told Eagle Radio: “We were so worried about Hope because of her condition but it seems that a miracle happened when she just began to recover so quickly.

“She had good meals of gourmet food that had been donated for Christmas by supporters and lots of fuss and cuddles and is making progress every day.”

See Hope and hear her story:
. 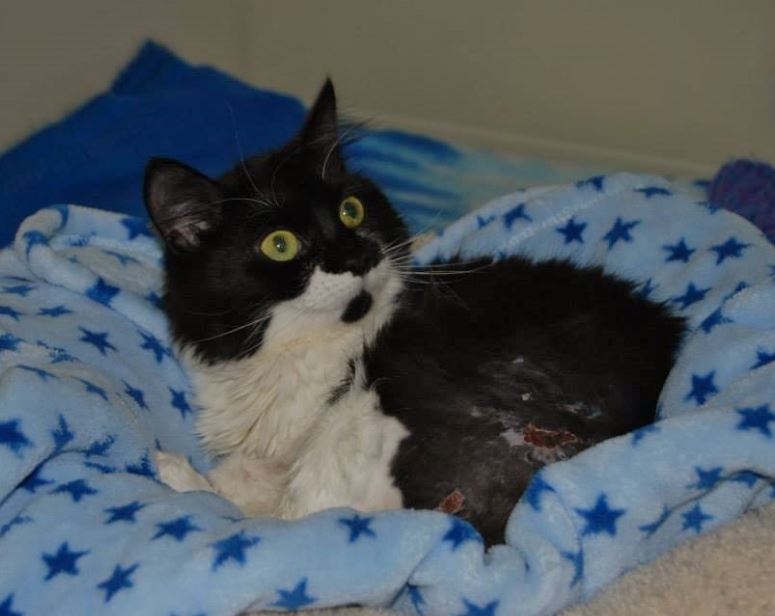