When the RSPCA UK North West Middlesex branch rescued five week old Gollum from an oil drum on the morning of November 3, he was black, slimy, covered in oil and exhausted. Now, after plenty of care and attention and a surprising transformation, he is doing well and awaiting adoption.

The branch wrote at Facebook on the 3rd, saying: “Gollum just rescued this morning. This poor little feral Kitten was found in oil container on industrial estate which he must [have] fallen into. Feral mum didn’t stick around on the arrival of our officer. Taken straight to the vets to be washed…… What a surprise to see what colour he is? Fingers are crossed he will be ok?”

The RSPCA branch also described him as “incredibly scrawny and covered in thick black oil,” and said “He was nothing but huge pitiful eyes.”

After having the oil washed off at the vet’s office, Gollum turned out to be a handsome little orange striped ginger kitten. He was was exhausted and terrified but fell asleep after getting some food.

“It was such a traumatic day for little Gollum. Unsurprisingly he was completely wiped out”, said Animal Welfare Officer Tracy Deamer.

Gollum’s caregivers were concerned at first, not knowing how much oil he may have swallowed as he struggled in the barrel, where he is thought to have accidentally fallen, but he made a very good recovery after some TLC.

The shelter’s fundraising and marketing manager, Aileen Scheers, said: “I don’t know why the lid was off the container, or how he managed to get in there – but I know that it was full of oil.

“It was lucky that he was found when he was, because if he had been there much longer I don’t think he would have made it.

“He’s doing fine now, when he’s old enough he will be looking for a new home. I’m expecting him to make a full recovery, thank goodness.”

Gollum’s recovery has been cheered and followed by fans of the RSPCA North West Middlesex Facebook page. Hopefully, he will have little trouble finding his forever home soon.

You can see the kitten’s transformation in the photos below:
. 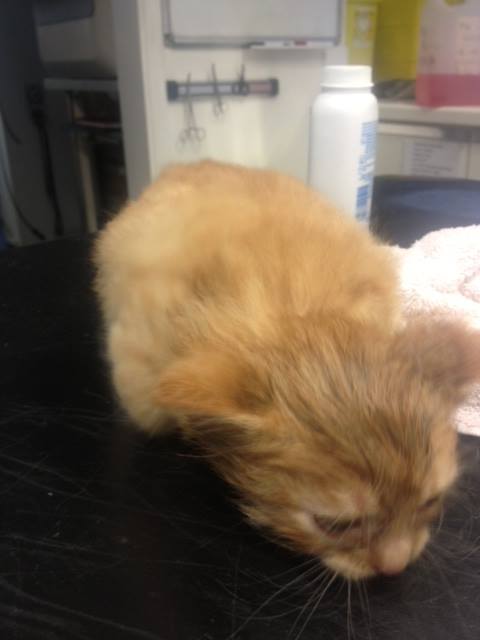 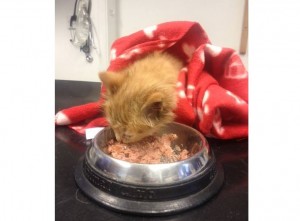 1 thought on “From Gollum to Ginger – A kitten’s rescue”