Note: The video report from WSOC found below begins on auto-start. You can pause the video until you are ready to watch (and listen).

Charlotte, North Carolina firefighters rescued Homer and Moe from a fire at their East Charlotte home Wednesday morning and revived Homer with CPR and a pet oxygen mask at the scene.

Firefighter John Renner found Homer in a bedroom shortly after Moe was found in the front part of the house. Renner and Sameul Lee treated Homer outside with a pet oxygen mask and brought him around. Both Homer and Moe are expected to recover from the effects of the smoke and fire.

The pets’ family of two adults and two children were displaced from their home, and Charlotte-Mecklenburg police’s Animal Care & Control department will care for the two cats until their family finds housing.

The fire at the single story brick house was reported at 10:45 a.m. and crews found heavy flames coming from the house when they arrived. Fire officials say the home is a complete loss.

The Charlotte Observer uploaded this raw footage of Homer being treated at the scene: 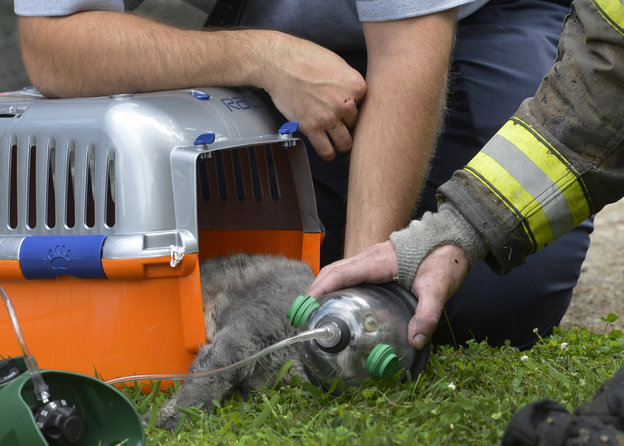 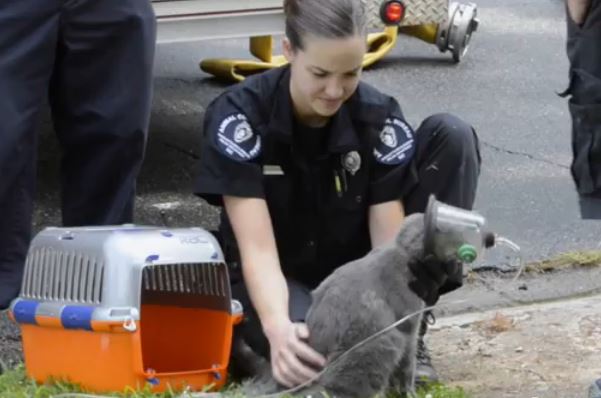