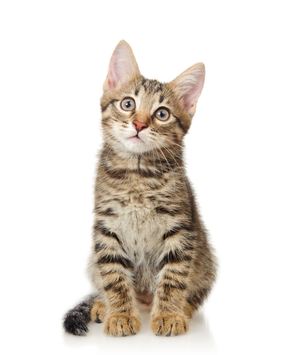 Early reports tonight say the Einstein Medical Center teaching hospital in Philadelphia, PA will end its use of kittens as training models in the instruction of endotracheal intubation of infants.

The Medical Center has been under very public pressure by the PCRM (Physicians Committee for Responsible Medicine) to end the use of kittens in training for the procedure. For those unfamiliar with the practice, tubes are put down the kittens’ throats in a simulation exercise where they stand in for human infants.

MedCity News, which reports on medical matters broke the news this evening, followed by the Philadelphia Inquirer. There have been no public statements yet by either Einstein Medical Center or PCRM, which had a protest planned at the medical center for August 15.

According to MedCity News, they obtained a letter dated August 3 from Einstein Medical Center chief academic officer Douglas McGee informing PCRM that the practice has been discontinued effective immediately.

In addition to a widespread public awareness campaign and the planned protest, PCRM filed a complaint against Einstein Medical Center with the USDA’s Eastern Region Animal Care office, accusing the teaching facility of violating the Animal Welfare Act through its treatment of the animals. The complaint was bolstered by the physicians’ group’s claim that 95% of intubation training exercises use simulators.

The medical center maintains that the kittens were not harmed, and were used along with simulators rather than instead of them.

This has been a high profile issue of late for the PCRM, which has benefited from the perception of the group as the protectors of kittens with a wider segment of the population than had previously supported the group. PCRM is widely viewed as existing to promote an animal rights agenda, and its reputation is affected by its affiliation with the controversial organization PETA.

Links to the Philadelphia Inqirer article began spreading across Twitter shortly after its release tonight. As the news spreads it is likely that there will be followup reports and, assuming the reports are true, confirmation from the two parties involved.