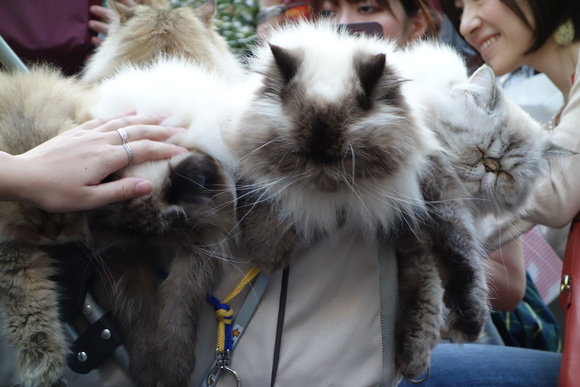 A man who became known as The Cat Man from Kyushu is drawing attention in Tokyo since moving back to Japan’s capital city following his retirement.

The Cat Man became a minor celebrity in Kagoshima, Kyushu, after a job transfer led him there six years ago. Separated from his family for work, he became known for walking his cats in a stroller through Kagoshima’s famous Tenmonkan Arcade on the weekends. He was such a local fixture that when news got around that he and his cats would be leaving Kyushu after his retirement in March 2014, he was featured in an article by the Kagoshima Keizai newspaper.

The retiree, who relocated to Tokyo in March, walks his nine cats around the city in a baby buggy, where they draw admiring crowds.

The man and his cats have been spotted at several prominent locations, and recently spent some time on the busy, upmarket street of Omotesando, near Harajuku, where a large crowd gathered to chat with him and take photos of his beautiful Chinchilla and Himalayan cats.

While it looked a bit crowded in the stroller, the cats were content to be outside in the fresh air, dozing off happily. The cats are said to be perfectly at ease bundled into the carriage together and going out in public.

The Cat Man from Kyushu says his cats are happy and love attention and enjoy the affection people lavish on them when he’s out and about. He says it warms him when he sees smiles on people’s faces as they stop to pet his cats. 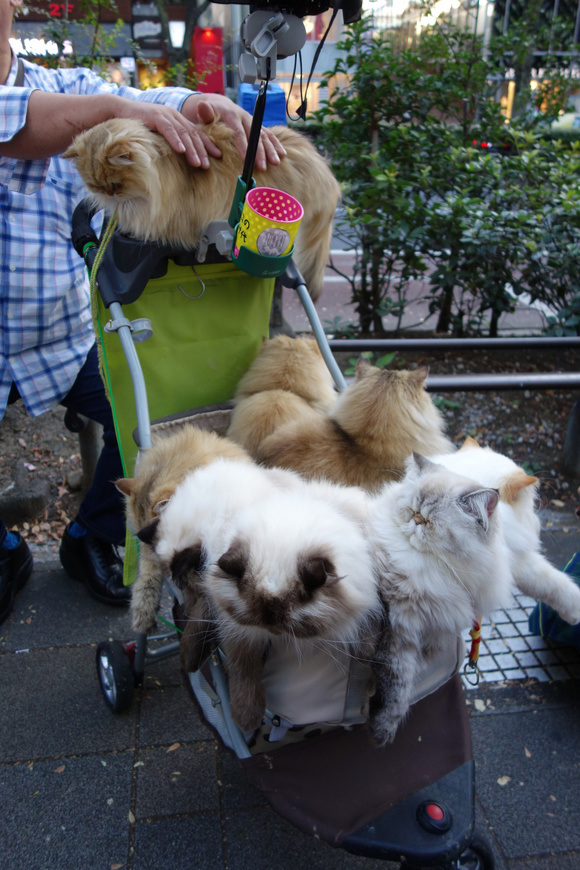 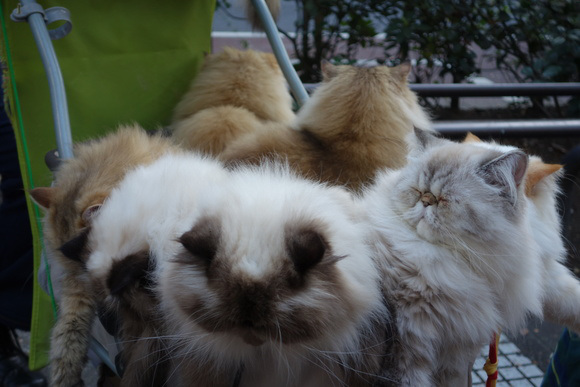 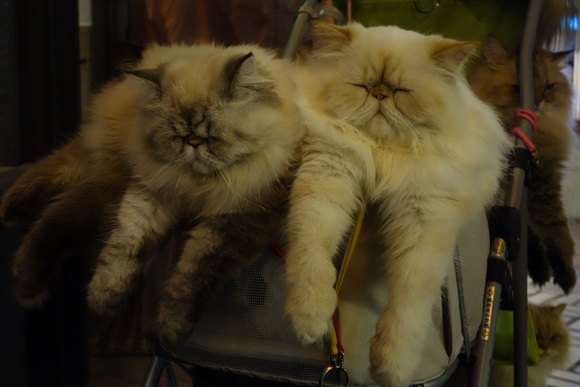 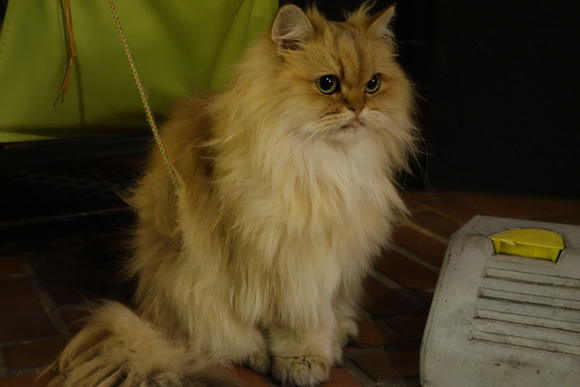 2 thoughts on “Cat man from Kyushu walks nine cats in a stroller, draws crowds in Tokyo”