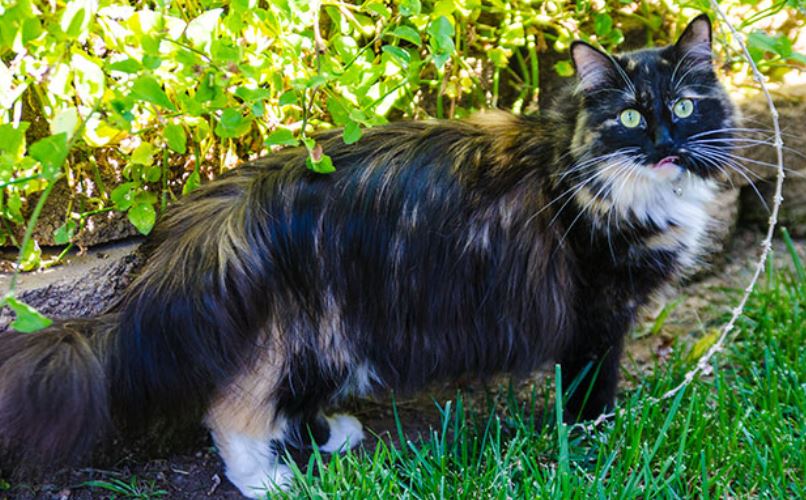 .
A cat with nearly 11 inch long fur has been named by Guinness Records as the current official record holder for the cat with the longest fur. Sophie takes the title following the passing of the previous holder, Colonel Meow.

Sophie Smith, a 2-year-old cat from Oceanside, California, in the U.S., has set a new record for the longest fur on a cat. Sophie’s tail contains contains fur measuring 25.68 centimetres (10.11 inches) at its longest point. Her furry achievement actually passes the late former record holder and internet sensation Colonel Meow by more than an inch.

Jami Smith, Sophie’s owner and an animal lover who volunteers at her local dog rescue shelter, explains how she first met and ended up caring for Sophie following a chance encounter with strangers.
. .
“I was out walking my dog one Sunday afternoon when a truck drove up with a couple of guys in it,” Smith said. “They stopped and held a small paper bag out of the window and asked if I wanted a kitten.
. 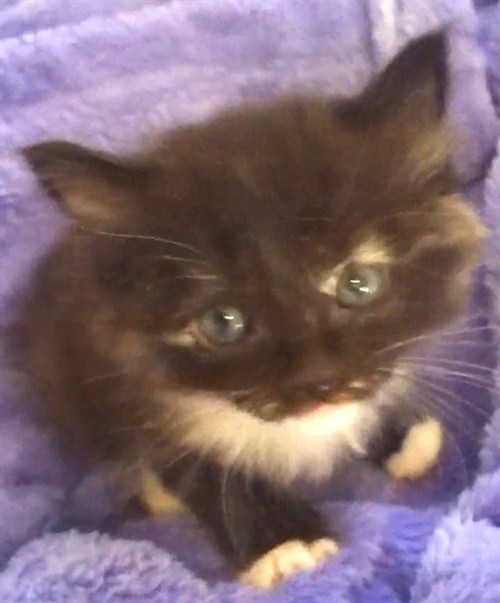 “I was shocked and asked them ‘You have a kitten in that bag?’ They said that someone had left it on their doorstep and they were looking for someone to take care of it. I walked over, took the bag, opened it up and sure enough there was a tiny kitten inside the bag crying.

“I wanted to make sure it was safe and cared for, so I told them I would take it.”
. At first Jami considered taking Sophie to the local animal shelter but quickly changed her mind. “That lasted about 30 minutes…I fell in love with her!”

The abandoned kitten was thought to be just three weeks old and required bottle feeding and some medical attention. “I thought I was going to lose her. She was a tough little baby and fought her way back,” Jami explained.

As Sophie grew, so did her fur, to the point where it began to seem quite exceptionally long. Jami began to suspect Sophie could be a record-breaker.

“Her fur has always been long, especially on her tail. We would often comment on it. I even jokingly would say, ‘It’s got to be some kind of record!’. So one day for fun I went online to the Guinness World Records website to see if a record existed. And there it was. Colonel Meow with fur that measured 9 inches long!”
. “When I tried to measure Sophie’s tail fur she wasn’t very cooperative. Finally, I got a ruler while she was sleeping and measured her fur. It went to 10 inches and some of the strands were as long as 11 inches! It was very exciting.”
. Jami made an appointment at her local veterinary surgery Surfside Animal Hospital in Oceanside. Sections of Sophie’s fur were removed and measured with witnesses on hand to verify the proceedings.
. “There are so many cats/dogs in the world that are ‘thrown away’ every day that are just as special in their own way as my Sophie,” Jami said. “I thank God she was handed to me.”
.
<via>