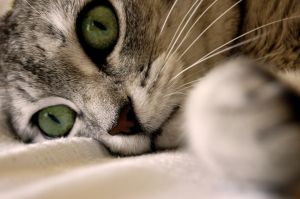 A: You didn’t mention the age of your cat or if you have other cats in the house. If you are gone during the day and if he is an only cat, there is a good chance it is play aggression. Play aggression is play (from the cat’s perspective) but it is often misdirected onto inappropriate targets or the play can get out of hand. Cats who are raised as singletons (the only cat or animal in the home), cats weaned too early, and cats who are alone a lot frequently can exhibit overzealous play. To the cat, s/he is needing to release pent up energy and feels the need to hunt. Often, these kitties will stalk people or pounce and attack, and then run away.

Here are some tips to help:

1) Start playing in a way that stimulates your cat mentally and makes your cat feel good and relaxed afterwards. Cats want to hunt. Most toys are too big for cats and the way we play with cats can leave them feeling pent. When cats hunt, they see a small prey animal, crouch down low (not wanting to be noticed) and then wait for the right time to pounce. They watch the prey and strategize. When the prey animal realizes s/he is being stalked, the animal freezes and/or then tries to flee. This is the time most cats will pounce or go after prey. Prey wants to get away from the cat and hide. When we play with cats often we dangle toys over their heads or swing the toys towards them hoping the cats will jump for the toys or chase toys in midair. This is not the way real prey behaves, which can be frustrating for the cat.

Memorize the phrase “Play mimics prey.” Make toys slink or slither away from your cat. Allow your cat to watch the pole, string, or feather. Then stop moving it so it remains still. Your cat will most likely pounce after a few seconds. Allow your cat to play with the toy for a little bit, and then move the toy away from your cat again. Make the toy slither behind a sofa, or hide it under a blanket, pillow, or chair. Once your kitty has captured the toy a few more times, end play with a few treats or a mini-meal. Place the treats down next to the toy and then remove the toy. This will give your kitty a sense of accomplishment. Cats tend to hunt, eat, and sleep. Giving your cat some treats or food after a play session also will signal the end of play.

2) Avoid eye-contact when your cat is in the ‘mood’ to attack. Directly staring at your cat when your cat is pent or locks eyes with you will increase the aggression and can even create the attack. By casually looking away or averting your gaze, your cat will be calmer and many attacks can be prevented. You can also slowly blink at your cat, especially if your cat is nervous or if you have used harsh methods in the past. By relaxing your gaze and giving two or three slow, methodical blinks to your cat (glancing away between each blink), you are telling your cat that you are non-confrontational. 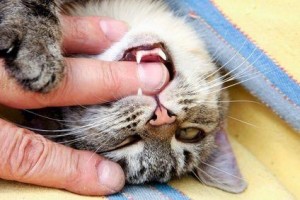 4) Enrich the environment as best you can so that your cat gets more stimulation during the day. By adding window perches, cat towers and other vertical territory (places for your cat to climb), bird feeders at windows, cat fountains, and soft sleeping areas, your kitty’s environment will be more enjoyable and interesting. This will make your cat more relaxed. 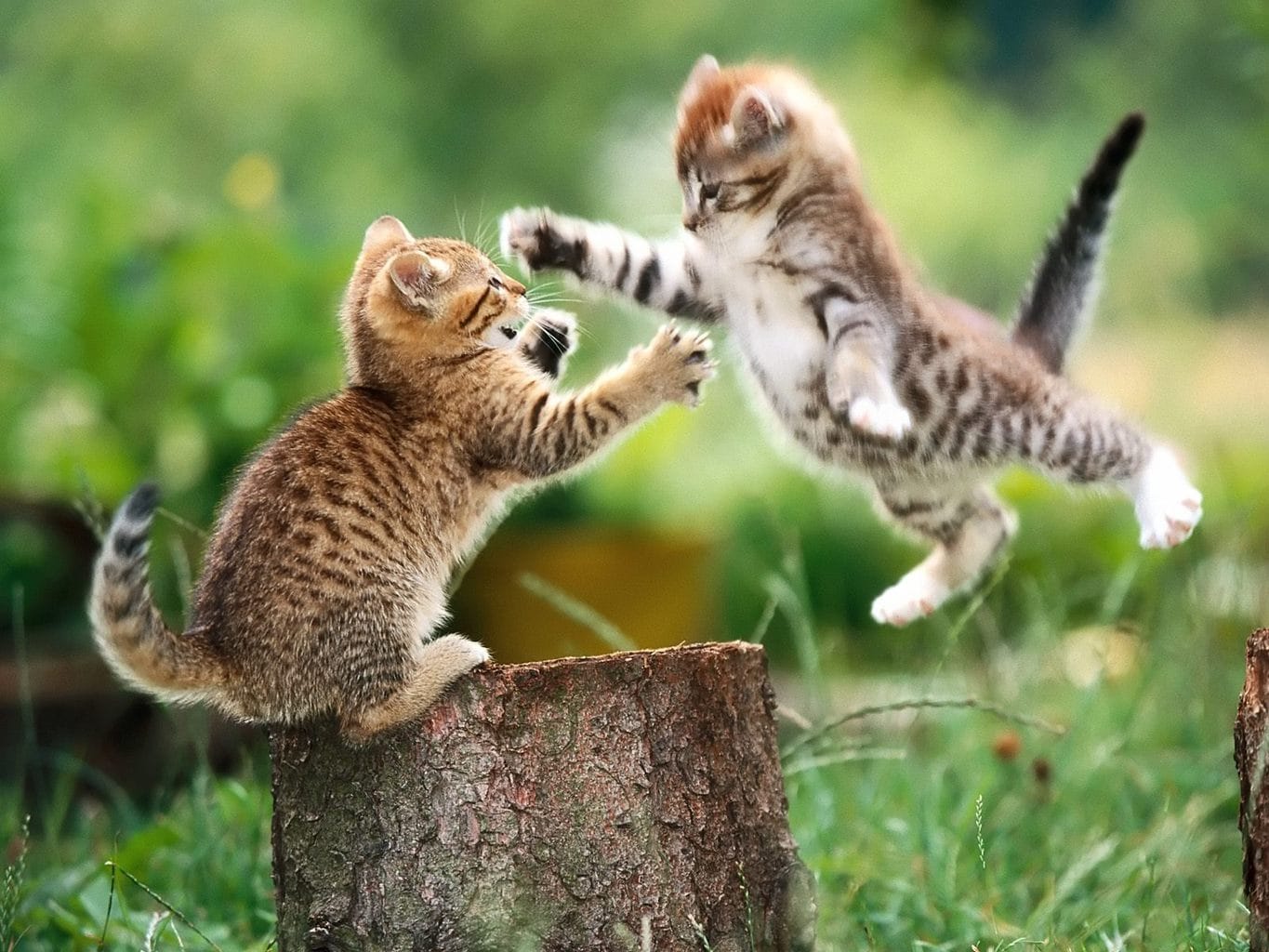 See also: My cat bites me, what can I do?, How To Play With Your Cat, Tips to Have a Happy Cat

Alana Stevenson can be reached through her website AlanaStevenson.com. She provides consultations by phone and Skype.

3 thoughts on “My Cat Suddenly Attacks Me, What Can I Do?”